The Penguin Play Awards 2010 was an event that was held March 18 to March 29, 2010. It was located at the Stage. During the event, penguins were able to vote on their favorite plays in five different categories. Non-Members were able to visit the Stage for the Awards and enjoy the presentation, but they did not have access to the Backstage, which was for members only.

The categories consisted of:

The nominated plays were:

The winners of the Penguin Play Awards could be viewed at the voting booth in the Plaza on March 29. The Winners were:

There were five plays which were voted on in five different categories at the Plaza. Penguins could pick what they thought deserved which category.

Host: There's talent in this audience. I can feel it

Host: And the winner for the best play is...

Host: Wow! The award for the best costume goes to...

Host: This year, best effects will be awarded to...

Host: Hey you - Gross monster there! Settle down!

Host: Excuse me! Lady in red! Got an extra jewel?

Host: Yo! Bring over that shadow wave!

Host: What happens to us if the squid does not win?

Host: Everyone looks so absolutely fabulous.

Host: I'm excited to see the winners on stage.

Audience: Genius! This event is the best!

Audience: I get tired listening to boring speeches.

Audience: Let's all dress as lobsters and clap our claws!

Audience: Everybody on your chairs! ENCORE!

Audience: How loud can we get? Everybody CHEER!

Alaska: Was told there'd be rare puffles. Seen any?

Ruby: This trophy will look perfect next to my ruby!

Hammer: The judges need to look at the nominees more carefully...

Gamma Gal: Wouldn't be where I am now without bad dudes.

Twee: See how my wings sparkle?

Flippers: Did you hear about the A, B, Seas? Get it?

Lobster: You've had enough time on stage. MOVE ALONG!

Alaska: Honor to be here. Next adventure, please.

Boris: GIVE ME THE TROOOOOOPHY!

Shadow Guy: I'd like thank my fans. And my Shadow Wave.

Host: Thank you! You've been a lovely audience! 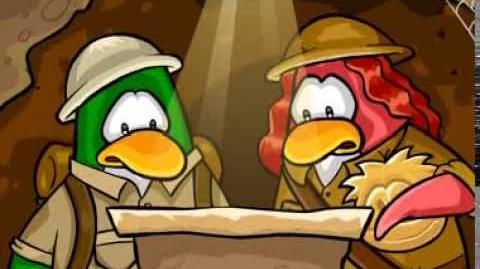 Party Banner
Add a photo to this gallery

Retrieved from "https://clubpenguin.fandom.com/wiki/Penguin_Play_Awards_2010?oldid=1876110"
Community content is available under CC-BY-SA unless otherwise noted.