The Pirate Skull was a pin in Club Penguin. All players could obtain it via The Daily Spin at The Fair 2014. 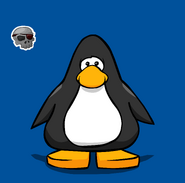 The message that popped up once the pin was won 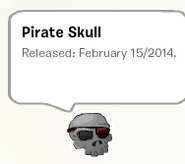 SWFEdit
Retrieved from "https://clubpenguin.fandom.com/wiki/Pirate_Skull_Pin?oldid=1876327"
Community content is available under CC-BY-SA unless otherwise noted.