The Puffle Party 2010 was the 2nd annual Puffle Party in Club Penguin. It began on February 18 and ended on February 25, 2010. The party was all about puffles, very similar to the Puffle Party 2009. It was released one day earlier than it was supposed to, according to the What's New Blog. Although room designs were exactly like last year, this time, another room, the Puffle Show, was added.

A preview for the Upcoming Events in February 2010

An animated GIF banner for the party. (Click on it for animation)

Underground Pool with lights off 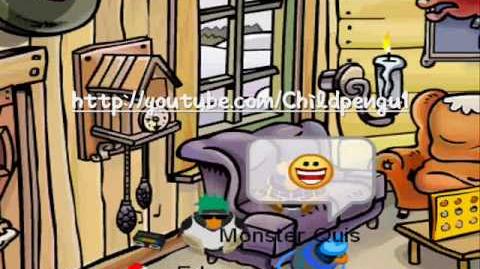