Puffle Trouble is a short by Club Penguin, released on May 2, 2012. In this episode, Herbert creates a detonator remote for his new creation, the Cream Soda Sticky Bomb of Doom that could lead to certain doom for Klutzy and three puffles.

The episode begins with Herbert in his lab in the mountains, working on a detonator remote for his new creation, the Cream Soda Sticky Bomb of Doom. The door bell rings as Klutzy is ordered to answer it as Herbert continues working. Once Klutzy opens the door, a White Puffle enters the lab. Both Klutzy and the puffle then show up on the desk where Herbert is working. Herbert gets frustrated as he tells Klutzy to get rid of the puffle.

Once Klutzy takes the puffle back to the door, a purple and an orange puffles show up. Herbert then closes the door on the 3 puffles, and tells him that no more puffles are allowed. Right when Herbert goes back to work, the 3 puffles appear on his desk around the detonator remote. Herbert orders them to stop, and takes the remote. By doing so, he realizes that the puffles follow the remote. Herbert then gets the idea to lead them outside by using the remote's beeping.

As the puffles follow the remote, Herbert opens the door slightly so that they will all leave, only to be greeted to a wall of puffles. The pile of puffles take over the lair as Herbert attempts to find the remote in the sea of puffles. When picking up a White Puffle by mistake, Herbert tosses it aside after it kisses him on the nose. The white puffle then falls onto the detonator remote's button, setting off the bomb. As the bomb goes off, a huge tank of cream soda drowns Herbert, Klutzy, and all the puffles. After the explosion, Herbert looks at Klutzy with an angry grin as Klutzy gives back the broken remote. As the episode comes to an end, the remote starts beeping again, causing all the puffles to dance to it again. Then the code EPFAGENT is given out, which unlocks the Stealth Tracker.

Herbert in a sneak peek

Herbert P. Bear acting as Rookie, foreshadowing the short and the creation of the Cream Soda Sticky Bomb of Doom at the ending of the Field-Op #79 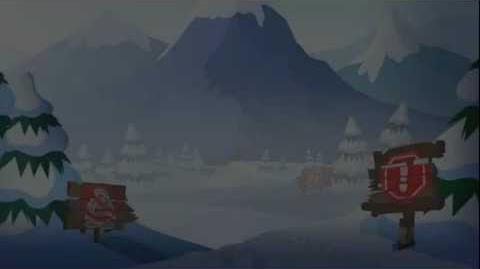 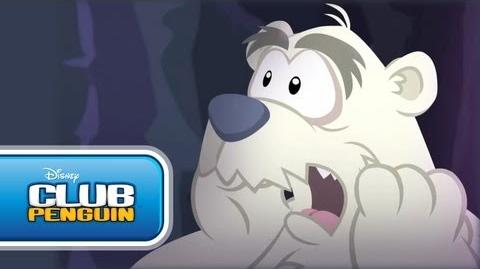