The Rebel Alliance is one of the two factions at the Star Wars Takeovers, an organization created in response to the changes made by the evil Galactic Empire and the rule of Darth Herbert. 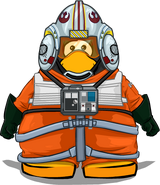 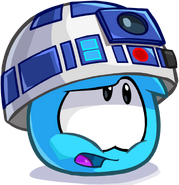 Retrieved from "https://clubpenguin.fandom.com/wiki/Rebel_Alliance?oldid=1532539"
Community content is available under CC-BY-SA unless otherwise noted.