Club Penguin Wiki
Register
Don't have an account?
Sign In
Advertisement
in: Not from Club Penguin, Characters, Inside Out Party

Rockhopper's Disgust is the penguin manifestation of the emotion of disgust within Rockhopper. Players could obtain her costume at the Inside Out Party.

During the party, Rockhopper's five core memories go missing, with one corresponding to each emotion. Rockhopper's core memory for disgust was when he once ate a seaweed sandwich. 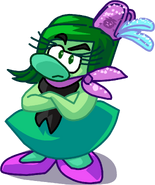 After finding the disgust memory orb

After returning the disgust memory orb 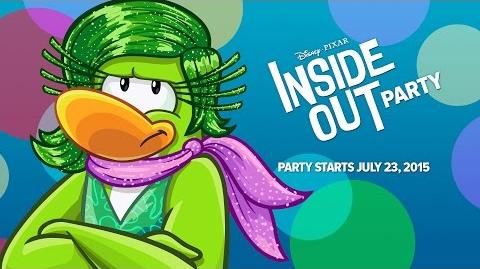 Disney Pixar Inside Out Party – Disgust
Community content is available under CC-BY-SA unless otherwise noted.
Advertisement