The Rooster Feet were a feet item in Club Penguin. It cost 150 coins in the Penguin Style catalog, and only members could buy them. Members could also redeem it for 900 tickets during The Fair 2014. 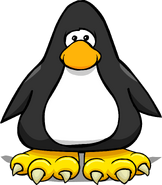 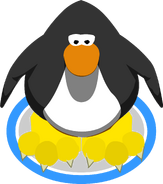 As seen in a You Decide! poll on the What's New Blog 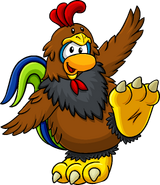 As seen in the September 2011 Penguin Style catalog, along with the Rooster Costume
Add a photo to this gallery

Retrieved from "https://clubpenguin.fandom.com/wiki/Rooster_Feet?oldid=1877074"
Community content is available under CC-BY-SA unless otherwise noted.