The Round Ruby was a pin in Club Penguin. It was hidden at the Stage while Ruby and the Ruby was showing in April 2012, August 2013, and September 2014. It was hidden in a safe located behind a painting, which was opened by clicking several objects by the correct order, and all players could obtain it. 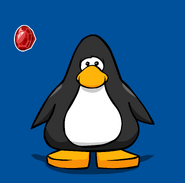 The Stage while it was uncovered 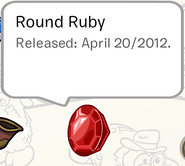 Retrieved from "https://clubpenguin.fandom.com/wiki/Round_Ruby_Pin?oldid=1919134"
Community content is available under CC-BY-SA unless otherwise noted.