The Scare Challenge was a mini-game at the Monsters University Takeover.

The objective of the game was to reach the Simulator Penguin without waking it by failing to avoid obstacles such as Jack-in-the-boxes, balloons, toy trains, snake in cans, and parachuting army figures. Once the monster reached the penguin, they were able to control how much they scared it by pressing the spacebar at the right time. The monster got a certain amount of Scare Points depending on how well they scared the simulator penguin.

Scare Points were given to the player once he has scared the Simulator Penguin. Depending on where they land, the player gets a certain amount:

A Jaws Theta Chi fraternity member in the game

After scaring the penguin 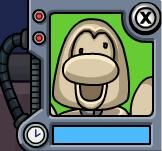 The crazed face of a robot penguin if scared correctly 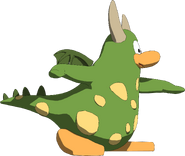 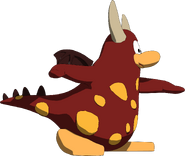 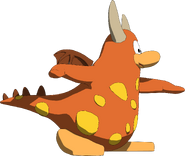 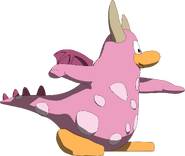