On April 1, 2011 he announced that he left Club Penguin in October 2010.[4] To date, he is one of the most well-known moderators in Club Penguin history. He used to work for a company along with Lance Priebe called Hyper Hippo Productions. He also has his own personal website. 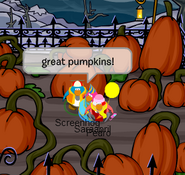 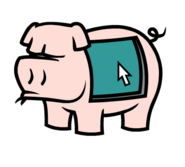 Screenhog's logo, inspired by a "lovable, ugly pig" from a life drawing class Screenhog was in[16] 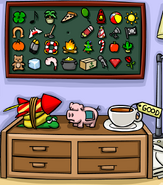 The card he was given when he left Club Penguin.[17]
Add a photo to this gallery

Retrieved from "https://clubpenguin.fandom.com/wiki/Screenhog?oldid=1865985"
Community content is available under CC-BY-SA unless otherwise noted.