The Ski Lodge (also known as the Puffle Lodge) was a cozy lodge located in the Ski Village. Here, penguins were able to warm up if they were feeling cold, play Find Four, or head out to the nearby frozen pond to go Ice Fishing. To help penguins go and fish, there was a Game Upgrades catalog in the lodge, which sold Flashing Lure Fishing Rods.

The second floor of the Ski Lodge was the Lodge Attic, which served as a base for mystery hunters. The lodge was also a prime spot for starting an expedition, as the Ski Village was in close proximity to The Wilderness, specifically an area known as the Puffle Wild.

On March 18, 2015, the Ski Lodge was renovated. A week after the renovation, and during the Puffle Party 2015, the door in the upper left corner of the room led to The Wilds. However, since the party ended, the door led to the Puffle Wild instead. 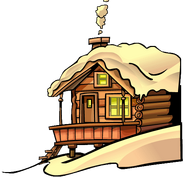 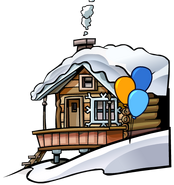 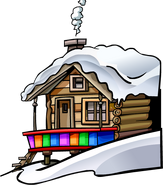 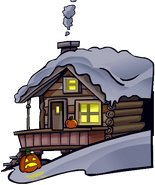 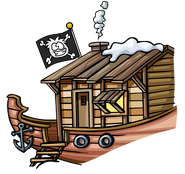 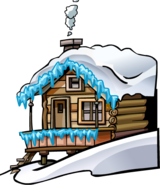 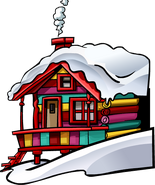 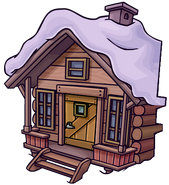 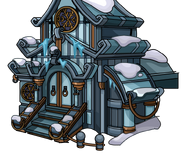 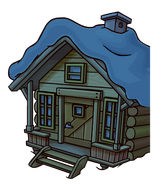 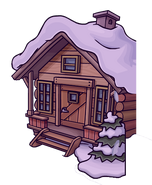 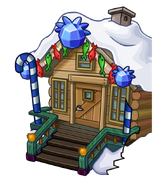 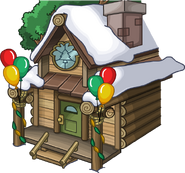 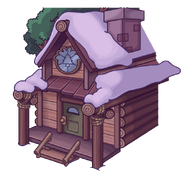 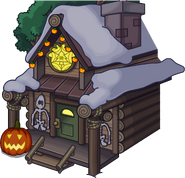 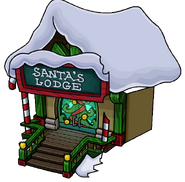 A concept sketch of the Ski Lodge

Concept sketch with the addition of a door and fireplace

Concept sketch with the addition of the Lodge Attic staircase

Unfinished artwork of the Ski Lodge being expanded

A penguin inside the Ski Lodge

The cuckoo clock malfunctioning in April 2008