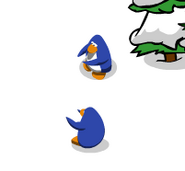 As they appear in Sled Racing

The clapping animation
Community content is available under CC-BY-SA unless otherwise noted.
Advertisement