Smoothie Smash was a game in Club Penguin. Players had to bounce on a conveyor belt and smash fruit in order to make smoothies. The game was released on August 30, 2012, during the middle of the Adventure Party: Temple of Fruit party. It was playable at the smoothie counter area of the Coffee Shop. The release of the game was celebrated with a grand opening event of the renovated Coffee Shop and the new game.

On July 10, 2012, thedrum.uk first reported the news of Innocent Smoothies for Kids teaming up with Club Penguin to promote healthy eating.[1] It began talking about the item unlocking promotion with codes. In the last part of the article, it mentioned Rockhopper visiting for the Adventure Party: Temple of Fruit, and an exciting new game where kids can mix their own smoothies.

Finally, in the Club Penguin Times a week before the party began, Rory announced construction of the new game in the Coffee Shop, revealing the official name and the release date. On August 27, 2012, Happy77 shared a sneak peek photo on the What's New Blog, saying that the game (Smoothie Smash) would be out that Thursday. When the game released, it was unveiled along with the newly renovated Coffee Shop.

The regular mode just required you to smash the given fruit on the belt without touching the belt. You had a time limit of 2 minutes each game.

At the bottom of your screen, a penguin customer with a smoothie order would appear (cards with the fruit in the smoothie order would appear at the bottom of your screen, with the leftmost fruit being elevated to highlight it). When you smashed the first fruit in the order, the card of the second fruit would elevate, showing that you had to now smash that fruit, then the third, and so on. Note that you did not need to look at the cards of the smoothie order — if the fruit that you must smash is currently on the conveyor belt, it would have a white outline around it.

While smashing an incorrect fruit awarded no points and reset the counter of consecutive fruits to zero, touching the conveyor belt was worse because it resulted in your penguin (and some fruit) to fall off of the conveyor belt, losing several precious seconds (as you would wait for your penguin to respond).

If you landed on the correct fruit several consecutive times (believed to be between 10–15 times), a clock would pass the top of the screen which could be caught to add an extra ten seconds to the game clock.

Two comments on the What's New Blog confirming the stamps

The Parent Update for August 2012

The menu on the Club Penguin App

Pressing the up key

The Survival mode title screen on the Club Penguin App

Herbert, waiting for his smoothie 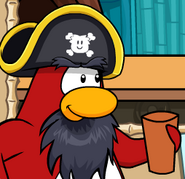 Rockkopper, waiting for his smoothie 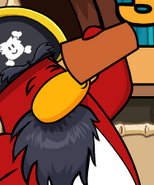 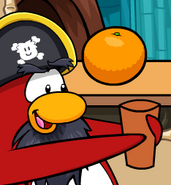 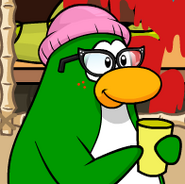 Aunt Arctic, waiting for her smoothie 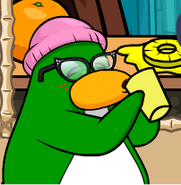 Fruits and Other Objects 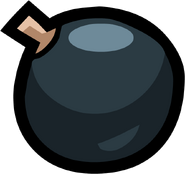 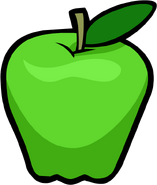 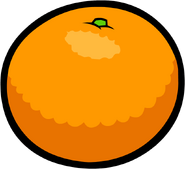 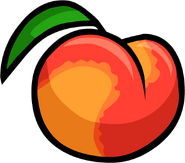 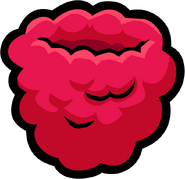 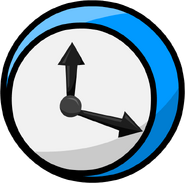 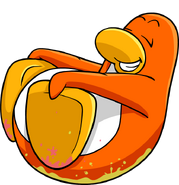