The Snow Cat (the new version known as the Snow Trekker), was seen in Club Penguin inside a bottle which was found in the Lighthouse online. The Snow Cat was originally from Experimental Penguins, where it would be seen towards the bottom left corner of the Crash Site room. Developers were also able to ride Snow Cats. It later would be seen in Penguin Chat 3, where certain players could ride it in the Construction Site while wearing a hard hat.

In 2006, when the Lighthouse opened, a miniature version of the Snow Cat was put in the bottle inside the Lighthouse. A penguin-sized Snow Cat was seen during the Music Jam 2008 at the Pizza Parlor crashed through the wall. The same Snow Cat returned at the Music Jam 2009. In the Elite Penguin Force game, there is a mini game which involves a vehicle similar to the Snow Cat called the "Snow Trekker". The Snow Cat was never driven once on the online Club Penguin. In Elite Penguin Force, an EPF Agent can summon the Snow Trekker by using a tool that is built into their Spy Gadget.

According to a blog entry, it was included in the very first catalog, but was listed as sold out. The Snow Trekker has been made into a toy, including a small Gary figure and attachments for the boat and snow plow.

As seen in the October 2005 Penguin Style catalog (although it is covered, the text behind it reads "This bulldozer-like vehicle is perfect for snow travel. Warranty to 100,000 kilometres.") 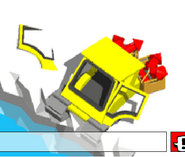 The Snow Cat in Experimental Penguins

The Snow Trekker on the right of the Yeti Cave 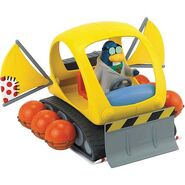 The Snow Trekker toy with a small Gary figure driving it

Snow Cats in Penguin Chat 3. Notice Happy77 as a snail on the side

A Snow Cat on Penguin Chat 3

The gameplay of the Snow Trekker mini-game from Club Penguin: Elite Penguin Force

The reference to Star Trek: The Next Generation as seen in the tenth PSA mission "Waddle Squad"