The Snow Launcher was a neck item in Club Penguin. All players could unlock it with a 6 month Membership Card. The membership cards that came with this item were currently known to have been found at Wal-Mart, Target, Vons, Pavilions, Rite Aid, K-Mart and Safeway stores in the United States. They could also have been found at Safeway and Toys R Us stores in Canada, in some parts of the European Union, and in selected supermarkets in Brazil. 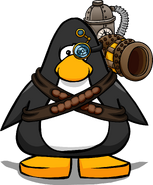 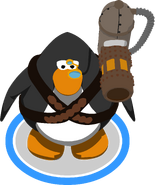 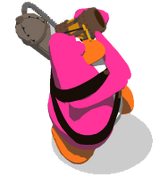 As seen on the Membership Card, along with the Ghoul Detector Jumpsuit
Add a photo to this gallery

Retrieved from "https://clubpenguin.fandom.com/wiki/Snow_Launcher?oldid=1917731"
Community content is available under CC-BY-SA unless otherwise noted.