The Snow Leopard Costume was a body item in Club Penguin. It cost 400 coins in the Penguin Style and Animals We're Helping Catalogs, and only members could buy it.

The Snow Leopard Costume was available in a catalog at the Snow Forts. The catalog gave a short description about the Snow Leopards in the real world, which is written here:

Living high in the mountains of Central Asia, Snow Leopards are rarely seen.
Your support is helping to protect these endangered cats. 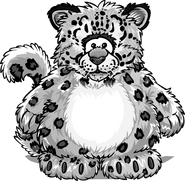 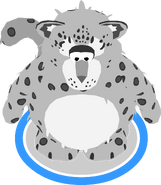 SWFEdit
Retrieved from "https://clubpenguin.fandom.com/wiki/Snow_Leopard_Costume?oldid=1877487"
Community content is available under CC-BY-SA unless otherwise noted.