The Starfish is a rare pin in Club Penguin. It was hidden at the Mine Shack and all players could obtain it. 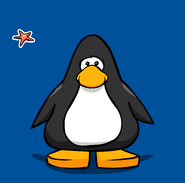 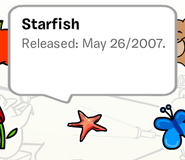 In a Stamp Book.
Add a photo to this gallery