Sushi Drop was an exclusive mini-game in the Club Penguin App. You get a piece of sushi daily. You can receive bonus sushi by reading the What's New Blog, watching a video or playing a game. Each piece of sushi counts as a try in Sushi Drop. It was fully confirmed on What's New Blog by Spike Hike.[1] On May 21, 2015, the game was removed on iOS devices after the Club Penguin App's home screen was updated. However, it was still playable on Android devices, but was removed on Android devices on June 30th, 2015

Players drop a piece of sushi at the top, and when they drop it, the sushi will fall in between rocks. The piece of sushi will eventually land into a clam, giving you coins and sometimes an exclusive item. Also, while playing the game, the player can tap the screen to create bubbles. Bubbles can change the direction of the sushi. However, bubbles last for limited amount of time (about 2 seconds).

Here is a list of items that you could earn exclusively by playing Sushi Drop: 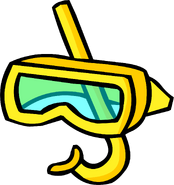 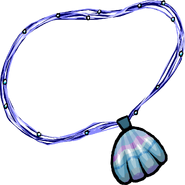 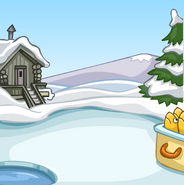 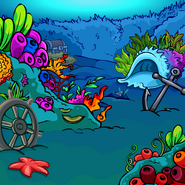 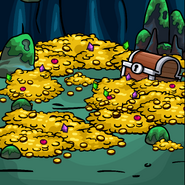 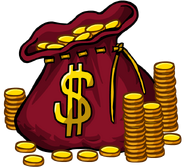 A platter of sushi. 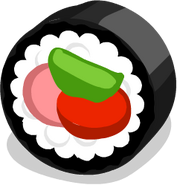 A piece of sushi.

An ad for Sushi Drop found in the Sled Racer app, seen after Sushi Drop was removed.
Add a photo to this gallery

Retrieved from "https://clubpenguin.fandom.com/wiki/Sushi_Drop?oldid=1759903"
Community content is available under CC-BY-SA unless otherwise noted.