System Defender was a game and a security system for the Elite Penguin Force, launched on January 14, 2011.[1] All EPF Agents could play this game in the EPF Command Room. It was used to defend the EPF Mainframe computer from threats. System Defender was a Tower Defense game.

The red cannon shot fast, but was weak in terms of damage. Cost 50 energy, and was best used for the beginning of all levels.

The yellow cannon had a long range, a moderate damage output and firing speed. Cost 125 energy and was best used in places where red and purple cannons would not be able to hit bots.

The purple cannon did considerable amounts of damage, but shot slowly. However, it would deal a fatal blow to each bot it hit. Cost 200 energy, and was best used against purple and boss bots.

Boss bots were larger, harder to destroy and did more damage than regular bots. Sometimes, when destroyed, they dropped a gear which could be used to upgrade cannons.

The leader of all bots. It was also in Club Penguin: Elite Penguin Force and was rebuilt by Herbert P. Bear. The Ultimate Protobot was also capable of scanning the layout that you have placed, creating attack patterns that would be harder for you.

He was the source and rebuilder of the Ultimate Proto-Bot 10000 and also controlled all the small bots.

The Test Robots were supposedly rebuilt by Ultimate Proto-Bot 10000.

Klutzy mistook Herbert's computer with an arcade, and attacked the EPF.

Enemy bots are attacking the EPF mainframe computer. But who is responsible?

Herbert P. Bear is back to destroy the EPF. Can you stop him in time?

The EPF faces one of its toughest challenges when it is attacked by... Klutzy?

The Test Robots are attacking all at once. Can you outsmart all three? (members only)

TRACK HERBERT!!! Herbert is back with more tricks up his sleeve. Can you face him?

At the beginning of the game you had a starting amount of 200 energy. Sometimes enemies dropped extra energy, which could range from 5 to 50.

System Defender's start screen when a threat was detected

System Defender's start screen when no threat was detected 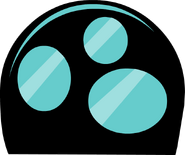 An unused fourth bot, as seen in the Card-Jitsu card Enemy Bots
Add a photo to this gallery

Retrieved from "https://clubpenguin.fandom.com/wiki/System_Defender?oldid=1877998"
Community content is available under CC-BY-SA unless otherwise noted.