Can somebody pretty pretty please try to get a picture of Cadence on CP without anybody around her? Thanks

That's what I'm trying to do, I'm using Straw000's tracker, but, as soon as he updates, it's FULL! But I did get some footage of her, but still, crowded. --Metalmanager

Yeah, as you know? I'm using Straw000's Tracker too. Then I mangaed to go into the server but the bad thing is the rooms are full! I suggest you browse the internet for some pictures.

Don't you think that we need to change from MQA to HQA?-Joanna7777

Er... is this really nessicary? In my opinion, it's poorly written and redundant. 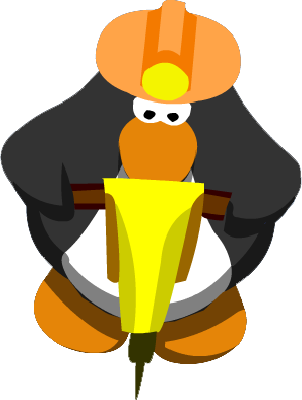 It's not poorly written, that's how she actually says it. I don't really know if we should have it or not though but I don't see any reason not to have it. ~~Bluehero~~

Okay, maybe it isn't poorly written, but doesn't it seem a bit pointless?

I agree with Atomic. The user quotes are just to show off and the quotes thing is truly unnecessary - she's not coming back and who wants to know. All she says is Dance or Break it down. --TЙГЭPHO3Ь

It's a faker. I doubt mods would put trademark symbols next to penguin names.

This is just a fake someone just made a penguin named Cadence and added a superscript tm on the end of it. Its not actually cadence. ~~Bluehero~~

If Club Penguin made Cadence's twitter, why would they all say that they hate Chrisdog?

IF Cadence and Frankie have a really close relationship, does that mean that they are in love with each other? Skipper101 21:59, June 2, 2012 (UTC)

Retrieved from "https://clubpenguin.fandom.com/wiki/Talk:Cadence?oldid=1302908"
Community content is available under CC-BY-SA unless otherwise noted.