Tank is one of the Snow Minions in Card-Jitsu Snow. Tank is large, strong, but not very smart. He wields a snow flail, and used sleds as armor and shields.

A sketch of Tank and other snow minions 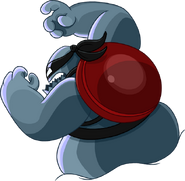 Tank as seen on the Card-Jitsu Party 2013 home page 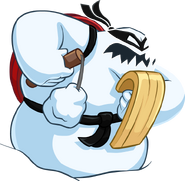 Add a photo to this gallery
Retrieved from "https://clubpenguin.fandom.com/wiki/Tank?oldid=1868023"
Community content is available under CC-BY-SA unless otherwise noted.