Tato Maxx was a Spanish moderator and blogger of Club Penguin Island and formerly of Club Penguin. After the departure of Karlapop321 and Candomba13, he was the only active blogger on the Spanish What's New Blog, and continued to write for the Island News Blog. 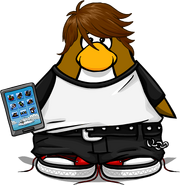