Team Fluffies, also known as Team Yellow, was a team in Club Penguin. It was known as the team with the most creativity. The team was first released in September 2010 during the Stadium Games, a month-long event, and in the video game Club Penguin: Game Day! They came 3rd in the Penguin Cup.

Creative and surprising. This team dazzled their opponents and kept them guessing. 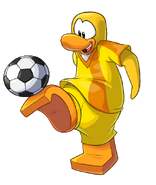 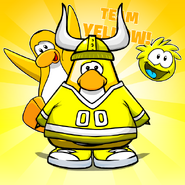