I, Mariobilly, am a robot built by Herbert who was set to destroy Club Penguin, but discovered friendship. People (especially Herbert) say that I'm very stupid. But, of course I'm smart! I know that fish + fish = stack of waffles wearing sunglasses. Anyway, moving on. My girlfriend is named Susan who was the one that showed me love when I was first built. I go to Club Penguin High School, and always volunteer to help Herbert. Klutzy is my best friend.

This is my igloo! 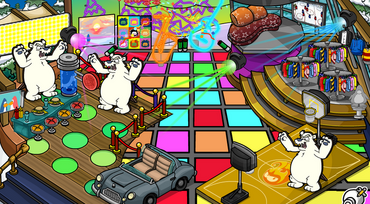 My Penthouse, which I may be living in for quite a while. Genetic clones of Herbert do my bidding!

Retrieved from "https://clubpenguin.fandom.com/wiki/Template:MB_User?oldid=904094"
Community content is available under CC-BY-SA unless otherwise noted.