Aunt Arctic is the Director of the EPF. After keeping her secret identity hidden for so long (about 6 years), she finally reveals it once you complete all 6 steps of Operation: Blackout.

In the past, it was believed that many other penguins, such as Unknown Band member and Rory were the Director. This has finally been proven false after Operation: Blackout.

The Director was originally thought to be Rory. It's said that Rory isn't even affiliated with the Elite Penguin Force, although it's unknown if that's true.

Soon after it was rumored it was Cadence, due to her sudden appearance as a mascot, similar to the cabinet appearing before the release of Club Penguin: Elite Penguin Force. However, she has shown no knowledge of the EPF. The Director is also shown to be bald, making Cadence even more unlikely to be the Director.

Aunt Arctic was always one of the most common suspects of the director. The Director's signature is the letter that comes after Z, which is AA in Greek, which can stand for Aunt Arctic. Also, Aunt Arctic is three syllables, as is Director- Aunt Arc-tic, Di-rec-tor. She also is the first penguin you meet on Club Penguin: Elite Penguin Force for the Nintendo DS. At the end of Mission 4 while construction is going on at the Ski Hill, a suited penguin in sunglasses is seen sitting down reading the Club Penguin Times. This is the Director disguised as a penguin worker, observing your work. Also the penguin is green, further suggesting the Director was Aunt Arctic. Another clue is on the Club Penguin Times, if you put your mouse over Aunt Arctic's face, her glasses turn into sunglasses, which the Director wears. It is falsely rumored that in the Night Club bottom floor a dance tile also says Aunt Arctic is the director of the P.S.A. in Morse code. Morse code involves varying the length of a signal, and all the tiles change at a constant rate. Also in the first P.S.A. mission you must find Aunt Arctic's puffles. Because this is the first mission, this could be Aunt Arctic testing you to see if you were agent material. On a Field-Op it says that the EPF has agents from the Club Penguin Times. Also in Elite Penguin Force DS, Aunt Arctic asks you if you are part of P.S.A.

Although when Aunt Arctic visits Club Penguin, when someone says that she is the Director, she says "No I'm not" and/or "How could I be?" However, people are still skeptical about this. In issue #348 of the Club Penguin Times, Aunt Arctic is asked if she is a super hero, in which she replies: "I suppose that might be possible. I could be the leader of an elite squad of super penguins, protecting the island from evil. I mean, anything's possible, right? Hahaha! Sorry, just having a little fun there. I am most definitely not a super hero. I don't have any special powers. I don't have a secret fortress, and I don't look good in capes. Though if I did have a secret identity, I probably wouldn't tell anyone. I'm pretty good at keeping secrets, too.", poking at the Director mystery. She also says that when asked that the Director is a man, either because she's implying she has close ties with the Director, or she might be throwing penguins off her track. It was proven Aunt Arctic is definitely at least part of the EPF, because in one issue of the Club Penguin Times, she mentions she plays System Defender, and has only one more stamp in it to receive. However, the Director appears in various levels, so it is unknown how the Director could be there as well, when they are one and the same.

However, in Club Penguin Magazine Issue #11, in the Rookiepedia article, the Aunt Arctic definition has a picture of Aunt Arctic and The Director next to each other, with a lightning bolt in between them. It also says that "there is more to her than meets the eye...".

If you look closely at the image with the Director and his/her tie, glasses, suit etc., the glasses look rather similar to Aunt Arctic's Glasses.

During Operation: Blackout, Herbert stated that the Director is a "she", or female, shortening down the list of speculations.[2] It was later revealed that Aunt Arctic was in fact the Director.

At some point, rumors have arose that Dot may be the Director of the EPF. This is due to the fact that when mousing over the word 'unnoticed' in Dot's section on the "Most Likely" page of the 2011-2012 Yearbook, a section about the Director appears. This is probably because Dot was the last penguin in the yearbook, and Club Penguin didn't want to spoil the surprise. Also, at the end of Mission 11, Gary is on the phone with the Director, and Dot is right next to him. Also, Dot was seen frozen next to the Director in Operation: Blackout, proving that they aren't the same person.

One rumor suggested that the Director is one of the Penguin Band Members. This is due to a mistake that made it seem like Polo Field responded to a tweet asking who was the director by saying "Penguin Band", but really it was in response to a question about famous Club Penguin bands.

The Director was thought to be Sensei, because there is a grey penguin on the EPF logo, which is thought to represent the Director. Since it is Grey and Sensei is the only penguin that has Grey, this speculation was born.

The Director was also thought to be Hector, the Stage director. This was due to them both having "director" in their name. 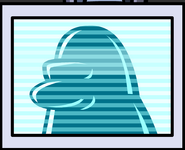 The Director in the PSA Mission 10: Waddle Squad. 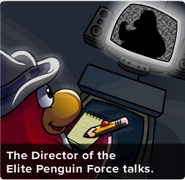 The Director in an interview with the Club Penguin Times, with her identity concealed.[3] 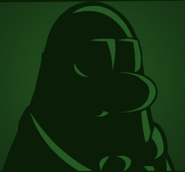 The Director after Operation: Blackout. 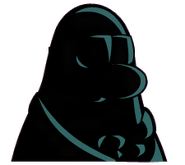 A picture frame of the Director on a Log-off Screen.
Director of cp.png
Director 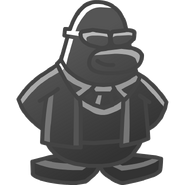 As seen in Herbert's Fortress, while frozen in a capsule.

The Director during Operation: Blackout. 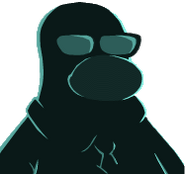 A secret found during the predictive text chat and buddy list updates in October 2011, the secret was patched November 24, 2012. It now predicts "Aunt Arctic is bored".

The Director revealing her identity.

Director behind clouds (Operation: Blackout ending).
Add a photo to this gallery

The Director's message from May 11, 2013 (Note this is a glitch, because the Holiday party is not on, and there are no more Field Ops)
Add a photo to this gallery 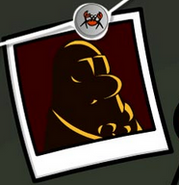 The Director's message from May 11, 2013 (Note this is a glitch, because the Holiday party is not on, and there is no more Field Ops).

The Director as seen in Club Penguin: Elite Penguin Force: Herbert's Revenge.
DirectorImagefromamigosconectados.PNG
An image of Aunt Arctic as the Director.
Add a photo to this gallery 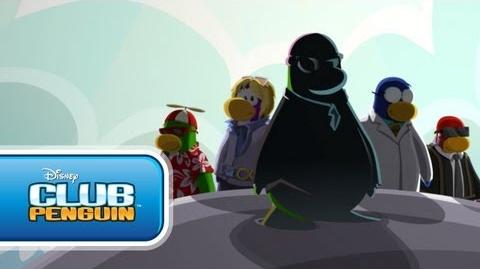 Start a Discussion Discussions about The Director of the EPF