The thunderstorm struck Club Penguin on the evening of October 28. Loud lightning and gale-force winds continued into October 29 and into Halloween. In November, rumors were started that another game would open in the Dojo after this storm was over. Rain began pouring on November 11, and the lightning and gale-force winds began to weaken. Finally, on the morning of November 14, the storm left Club Penguin and dissipated in the northwest.

An igloo with the storm in the sky 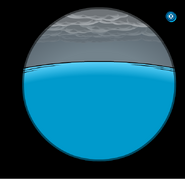 As seen through the Beacon Telescope

An image of the rain shown on the What's New Blog 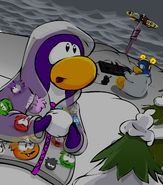 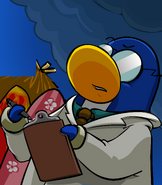 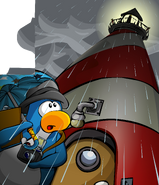 The The First Rainstorm card 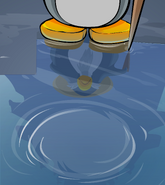