Thin Ice was a game located in the Arcade, where players must control a Black Puffle that is on fire through a maze covered in ice, melting as many ice squares as they possibly can along the way - while collecting items such as coin bags to earn additional coins. There are no lives, and levels can be skipped without completing them. There are 19 levels in total.

On level nineteen, there is a false wall that can be passed through in the top right corner of the maze. After navigating through this false wall towards the button (the block with a circle inside), the walls disappear revealing a secret room containing a coin bag for each level you completed.

The machine in the Arcade 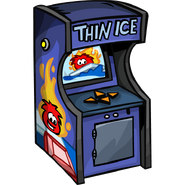 The old design of the game machine 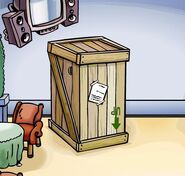 The box that contained Thin Ice in December 2006, before its release 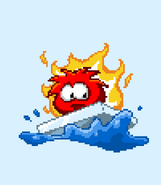 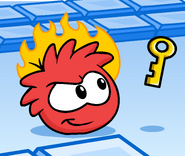 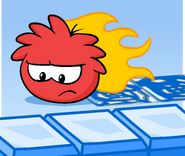 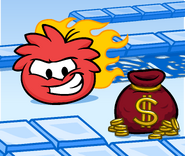