View source
The Contributions of Alxeedo111

Hey, What's up! I became a User over a year ago, so I have edited lots of articles on Club Penguin Wiki. I am happy to be a User. I've been a member in Club Penguin for a while now, and I am very familiar to CP. My username in CP is Alxeedoo1010 (not surprising). I have done a lot of things around this Wiki. I am a sysop, or administrator. If you need help, there is a problem, a vandal, etc. feel free to ask me at any time. I am extremely friendly, and I am not rude at all. I am active, and visit usually daily, with the exception of days where my homework piles up. Be aware that I strictly follow the policy, and am not afraid to report someone if they break the policy. I look at the Shout Box often, and try to go on IRC as much as possible. I will be thrilled to meet in Club Penguin, if you want. Have a fantastic day!

Friends on the CPW

In no particular order:

Friends on CP That Aren't on This Wiki

These are people I know in real life.

This is one of my friends in real life, named Seace. I've known him for 4 years. He's awesome! :D

Stuff That I Did on the CP Wiki 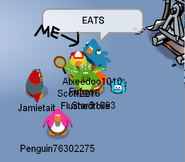 Other Wikis I'm On

The INSANELY AWESOME AWARD! If you get this, you're insanely awesome!!!

The STAR AWARD! You can't get an award higher than this! You must be an EPIC BEST FRIEND to earn this!

Awards I Have Received!

I've been to Metal's SECRET page!

One of Sharkbate's RARE awards!

For being a Rollback! 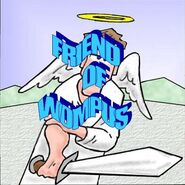 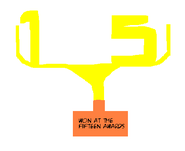 Yay! I won coolest username at the FIFTEEN AWARDS!

Seahorseruler's respect award! (Don't forget the Yoshi on it!) 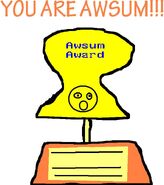 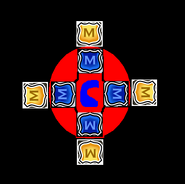 Another one of Ced's awards! =D

An award from Chill for being on his Vandalism Control Team!

For being an expert on time zones, awarded by Hal Homsr Solo!!

Another one of Seahorseruler's awesome friend awards! 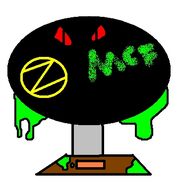 Zooman's award for winning his contest! 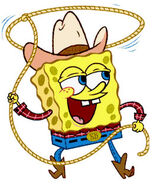 3000 EDITS! (I actually had that a long time ago put forgot to put it here until now.)

Indeed, I am trustworthy! 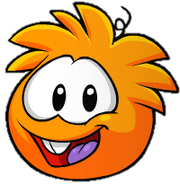 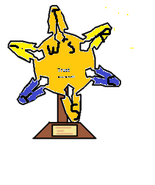 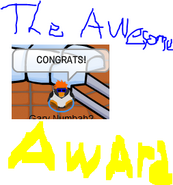 WHOA! Thanks Gary the Gaget Dude!

Apparently, it's awesome to be me. (From Manbu3)

Epicly Epic Awards I Have Received!!!

This is an AMAZING drawing from Hal!

This is an EPICLY AMAZING drawing from Hal!

This is an AMAZING creation by Hal! :D 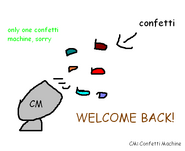 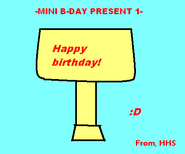 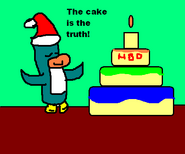 Another one! Thanks, Hal! :D
Community content is available under CC-BY-SA unless otherwise noted.
Advertisement
Follow on IG Newsletter Join Fan Lab