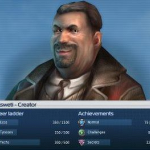 My name is Asweti, active editor of many Wikias. I was introduced to the Wikia Community through the ANNO2070Wikia, and the ANNO2070Wikia is therefor my main wikia, though I do edit other wikias sometimes, including the Club Penguin Wikia. I created a penguin, Farm Frenzy2, back in December 2010 and it didnt take long before I was able to buy a membership card in a local Gamestop shop, and since I have been a member on Club Penguin. Asweti is my main username on all the Wikias Im editing. I joined the Club Penguin Wikia on January 6th 2013.

My penguin is called Farm Frenzy2. I have been a member on Club Penguin since the Wilderness Expedition back in january 2011, and along with my Panfu panda Shaun, Farm Frenzy2 is an administrator and editor on my very own blog; Shaunogvenner.blogspot.no (Norwegian blog) which was created back in 2010/11. On Club Penguin my favorite games is Dance Contest closely followed by Bean Counters, Cart Surfer, and Pizzatron3000. Im online on Club Penguin a few times each week, though I wish to be on more often. In January 2011, I was able to get a membership and have been a member since, and since I have been collecting more and more items on Club Penguin. I also like to decorate my igloo in some unusal ways, such as the Anniversary Igloo I decorate every single year, have become quite a tradition throughout the 2years I have been playing Club Penguin.

(Im keeping the link for the other templates on this page just in case) List of templates and info boxes: here.

Retrieved from "https://clubpenguin.fandom.com/wiki/User:Asweti?oldid=1021431"
Community content is available under CC-BY-SA unless otherwise noted.