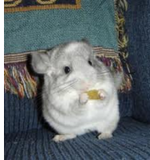 My penguin's name is Awesome335. I joined CP in late November of 2009. I've met Aunt Arctic, Rockhopper, and Gary. I have at least one puffle of each color (except gold). I quit CP in November of 2012 due to my frustration about sponsored parties. I don't go on CP much at all anymore, because I'm afraid that my puffles will run away if I spend too much time on my account. 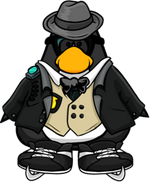 I first discovered the CPW in the summer of 2010 while on vacation in Costa Rica. I edited as an anonymous user until the move off of Wikia in November of 2010. At that point, I joined the new wiki and began editing there. I went through the "annoying new user asking too many questions" phase, and then I actually began to make some friends (yay!). These friends included Cp kid, Lm34gt45, Chill57181, and Johnny 115. I participated in many stories and secret agencies while there, and I made over 1000 edits. In April 2011, I became concerned about the status of the old wiki (here), and I decided to go back there and help patch things up. When I came, the wiki was, honestly, a mess. Vandals had practically taken over the wiki, as there were no admins to stop them. Pages had been created for trivial things, such as the Hot Pink Puffle, Saraapril, and a page for myths. I began adding the deletion template to the pages that I believed to be unnecessary and restoring those pages that had been previously vandalized. However, this system of eliminating rumors did not exist at that time, and there was nobody to enforce it. So, naturally, my actions were met with criticism by nearly everyone on the wiki, such as Asia editor, Abu bakir, and, initially, ShrimpPin. After a week on the wiki, I requested administrator status from a Wikia staff member, Dopp. However, my quarrels with the aforementioned users prevented me from obtaining admin status, and ShrimpPin became the first admin of the new era ten days later. 4 hours and 45 minutes following Shrimp's appointment, I contacted Dopp again, having crafted an explanation for why I had so much bad stuff on my talk and userpage. I was once again unsuccessful, and, upon Shrimp's request, Bman2007Jazz became the second admin six days later. 9 days after that, on June 1, 2011, I requested adminship again, this time to Shrimp himself. Shrimp approved, requested it to Dopp, and I became an administrator. At this point, several new wiki users began pestering ShrimpPin about moving to the new wiki, these were Sharkbate and Tigernose. Shrimp managed to resist these efforts, however. In the meantime, all three admins became bureaucrats, and we promoted Cp kid and Chill57181, both friends of mine from the new wiki, as well as Brookelas and Scrollbars (who also arrived from the new wiki). At this point, we had 7 admins, which would become the usual number. Brookelas was not active, so we promoted Cooldude254 as well. However, after about a month, ShrimpPin was lured to the new wiki (he came back several weeks later), and Chill began vandalized. Shrimp was temporarily demoted by Dopp for advertising the new wiki, and Chill was permanently demoted. Several days later, Cp kid and Brookelas were demoted as well. I attempted to demote Tigernose and Seahorseruler due to inactivity, but my efforts were rebuffed. Scrollbars was demoted in September of 2011. The month of September was full of vandalism, and was a rough time for the wiki as a whole. The war between the two wikis escalated, climaxing in a decision (allegedly) by Bman and Shrimp to demote me. I quit for several weeks, but came back in early October. On November 5, 2011, Shrimp's account was hacked by his brother, who vandalized and promoted several new wiki users. However, Shrimp's account was repossessed the next day, and he promoted me back to admin and bureaucrat. We began repairing the wiki, promoting Penguinstorm300 and Wolf-gangs to admin and bureaucrat. TO BE CONTINUED

Retrieved from "https://clubpenguin.fandom.com/wiki/User:Awesome335?oldid=1654644"
Community content is available under CC-BY-SA unless otherwise noted.