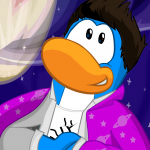 280I like to play club penguin island and Flippr, I make igloos, and had the most igloo likes on club penguin before it shut down. I draw sometimes and love talking about my favorite anime and game series (Danganronpa, Food Wars, Persona, My Hero Academy).

CP (2006-2008) I had a penguin called Plumpy GoGo which i shared with my cousin, nothing much can be said right now

Retrieved from "https://clubpenguin.fandom.com/wiki/User:Baby_MarioDs?oldid=1853149"
Community content is available under CC-BY-SA unless otherwise noted.