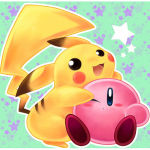 My penguin's name is Greenpuffz27. He was created on December 9, 2014 (I think) I created him because I was bored and I decided to come back and I quit my old penguin for a stupid reason. Also for the puffle wild app (sorta.) Also I had another account named Iceyoshi273. Who joined in August 19, 2013. But I quit due to being lame on the wiki (imo)

Retrieved from "https://clubpenguin.fandom.com/wiki/User:BluePuffle470?oldid=1520298"
Community content is available under CC-BY-SA unless otherwise noted.