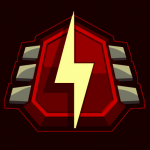 About my Penguin (Old)

"I play Club Penguin of course and my penguin (that usually wears some Elite Penguin Force uniforms) is named Mrpenguin887. Though I have a big like of pookies. Also I am awesome pizza parlor employee since the customers do pretty order fast and say what kind of pizza they want. :T I I am a excellent agent but some the other agents will listen to what I say (actually all the time.) Though, I am actually really sensitive.(AKA) Agent Penguin887. I allow you to make custom penguins for me, but it has to involve with Club Penguin, nothing that doesn't involve with CP!"

Agent Info AGENTS ONLY CAN READ THIS! (Old)

I am back on the Club Penguin Wiki!

Retrieved from "https://clubpenguin.fandom.com/wiki/User:CloddyPeridot99?oldid=1777432"
Community content is available under CC-BY-SA unless otherwise noted.