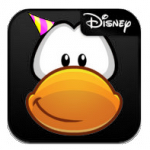 I joined Club Penguin on 14th October 2007. My Penguin is called Arius 1. My first party was the 2nd Anniversary Party.

Polls are closed for now and may return in the future. You can view past ones below.

(Winners in Bold mean that it was a tie)

Retrieved from "https://clubpenguin.fandom.com/wiki/User:David231099?oldid=1755963"
Community content is available under CC-BY-SA unless otherwise noted.