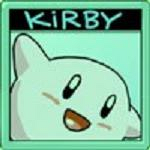 You Begin In The Command Room. Rookie Immediately Runs In, Panicking. He Tells You That Gary And The Director Are Missing! You Then Recall That When You Were Training In Card-Jitsu Fire Earlier And Sensei Was Nowhere To Be Seen. Rookie Then Says That Hes A Celebrity. You Then Say "Not To Get His Signature, To Train.". You & Rookie Realize That Herbert Stole All The Celebrities! After Finding Clues Such As Footprints At The Ski Village, You Get A Call From Herbert. After The Call, You Then Go To The Cave Through The Woods Like In Mission 9. But Herbert Has Blocked The Entrance Of The Cave With Three Different Puzzles, Both Puzzles That Was In Mission 11 (The One In Ski Village, And The One In The PSA HQ), And A Word Scramble (Answers: 1.Gary, 2.Candace, 3.Sensei, 4.Rockhopper, 5.Aunt Arctic, 6.G Billy, 7.Stompin' Bob 8.Petey K, 9.Franky). Once All 3 Puzzles Are Completed, You Go Inside Inside To Find Herbert, Klutsy, And All The Celebrities. The Celebrities Are Tied Up, So You'll Need Something To Cut It. You Have To Battle Herbert In Card-Jitsu. You Make A Bet With Herbert: If You Win, He'll Let All The Celebrities Go. However, If Herbert Wins, You Must Complete The Puzzles From Outside Again. Once You Win, He Lets All The Celebrities Go, Just Like He Said. After That, The Celebrities Thank You And The Mission Ends

Reward: A Medal That Is Also A Slider With Pictures Of All The Celebrities.

Mini-Mission: If You Travel To The Dock You Come Upon Bouncer, Chirp, Flit, Loop, Flare, Pop, And Chill. You Recall That The Commander Told You About Them, And Notice Something Wrong. You Realize That Blast Is Missing. You Find Blast Over At The Cove. Then Guide Blast All The Way Back To The Dock.

You can bring Green Puffles to this game due to them having propeller hats. The game starts in the clouds with the 3-5 parts(Depends on the number of players(2-4 for the players, 1 for the element ring)). When it is a player's turn, the player chooses a stone out of the stones in the inner ring (which are blank side up) and the stones turn over to reveal which element the player chose. Then the players would battle which would be depending on which element was on the stone that the player chose, a fire, water, or snow battle will take place. This is where all the players produce a card of the same element, and the card with the highest value wins. In addition, some stones are marked with a picture of two cards. This means that the player will play a round of the original Card-Jitsu with one of his opponents. The last space has all three elements on it. When a player choses it, they get to choose whether to do a fire, water, or snow battle. When a character loses a element battle the user floats down a little. Like Card-Jitsu Fire, if you lose all your energy, you are out of the game. However, once a user loses all of his/her energy, it shows a cutscene of the losing user (and sometimes the users Green Puffle) landing on the ground and walking away. After that, it shows the losers position (4th, 3rd or 2nd.). The last user with energy wins the game.

Retrieved from "https://clubpenguin.fandom.com/wiki/User:EnderEmerald46?oldid=1308995"
Community content is available under CC-BY-SA unless otherwise noted.