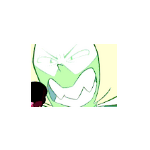 This Template is made by Cool Pixels and is for Public Use • Just add the code {{Cool Pixels Party Ad}} to the page you want it
Retrieved from "https://clubpenguin.fandom.com/wiki/User:Extrablu106?oldid=1574125"
Community content is available under CC-BY-SA unless otherwise noted.