Hello, I am Gourleyo. I will be on here and will be trying to improve grammar like making tense right or correcting spelling errors and all the other things that are not making this wiki great. If you have any problems, visit my talk page. I just can't stand not helping out with Club Penguin related stuff!

I created my penguin in April 2009 and named it Slap Cheek (Not a rude meaning). Club Penguin counted my name ad being

a rude and so others will see me as P86082351. I played as a non-member for the first month or so, but in May of that year became a member. I was still using a 1 month membership until August when I started using a 6 month membership. I then became a level 2 member and in February 2010 became a level 3 member! I also have another penguin which is known as Gorlio. He did have a one month once, but has not had it payed since then. There is a penguin I also have called Hayseeddixie (Based on the bands name). He has always been a non-member.

Penguins drawn by me 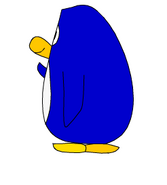 A penguin I drew. 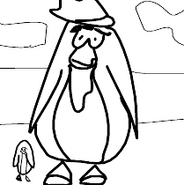 Rockhopper with a baby. 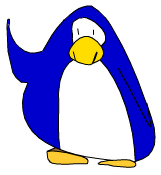 A penguin I drew, this time standing up. 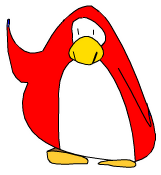 The same to the previous, just a different colour.