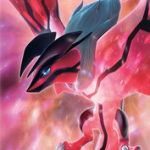 Hi guys. I'm Hündchen13, but call me either Hündchen or Rudolf (my name). Originally from Germany, I moved to England in January 2014. I first heard about Club Penguin when my school friends were talking about it around in late 2011 (in Germany). I never got the chance to make a penguin, but I eventually did soon afterwards on 3 January 2012 (German CP).

I quit soon afterwards in August 2012, but re-joined in May 2013, quitting once again in November 2013. I finally came back on 5 March 2014 on the English CP, realizing I belong in the game, knowing I've always loved it!

If you have any questions or anything, message me at my talk page. Goodbye! :)

Retrieved from "https://clubpenguin.fandom.com/wiki/User:H%C3%BCndchen13?oldid=1313854"
Community content is available under CC-BY-SA unless otherwise noted.