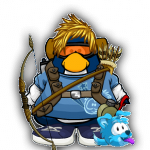 Goodbye Club Penguin Wiki, it was a great time being here.

All Of The Party Hats I Own!

(note: The order of the hats are in a chronological order)

My Penguin Of The Day/Week Story!

So then, here's the story on how I became POTD/POTW. All I did was make a first person story based off Card-Jitsu Snow. About 4 days later (Thursday 23rd May 2013) Card-Jitsu Snow wasn't working for me, so I decided to look for some news on the Blog. When I got there I saw 'Penguin of the Day: Jack 55588', and I was like ZONKS! Anyway, if you think I just edited a post and posted it on my page here's the proof: http://www.clubpenguin.com/blog/2013/05/penguin-day-jack-55588

Q1. What is your penguin's name?

A. My IGN for Club Penguin is Jack 55588. When hanging out with me you can call me Jack though, :D

A. Usually Snow Plow, or any server beginning with 'S'.

Q3. Are you friendly with others?

Q4. What is your favourite party?

A. It'd have to be Operation: Blackout and the other EPF In-Game Missions.

Q5. What is the name of your favourite YouTuber that you've met on CP?

A. Err.. Let's just keep that a secret between you and me.

Q7. Who is your favourite mascot?

A. My favourite mascot(s) would have to be the Penguin Band. They are the oldest mascots in Club Penguin and have such a good history! Their 2013 penguin re-design looks epic too!

My Gallery Of Best Memories!

Thanks Spike Hike. Your the best. I cried when I got this ;')

My first ever player card custom. I created a Sensei background :D 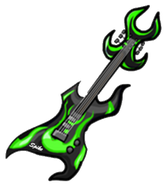 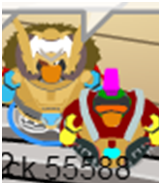 Me and Spike Hike on Spike Saturday.

Me, Fotty and Spike Hike on Spike Saturday.

Me and Aunt Arctic discussing what to write in The Club Penguin Times, during the Marvel Super Hero Takeover 2013. 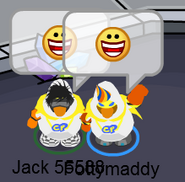 Me and Fotty saving the city!

Me, Fotty, Waddle and Phineas hanging out at Stark Tower.

Me and my wiki friends talking about top secret information inside the Hero Carrier.

Me having my X Ray, while Fotty calms Hulk down!

Done my armour! Just to add the helmet!

A custom Player Card of Sensei made by me! :D 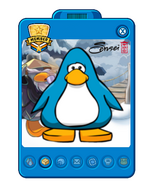 Another custom autograph of Sensei :D

The icon for my latest autograph :D 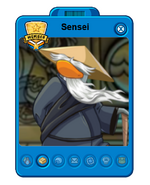 A custom Sensei Playercard ,for May 2013, including the brand-new, renovated Dojo!

I was in the It's My Birthday music video!]] 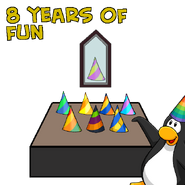 Just a custom I made of the anniversary hats. (Origanally from the 8th Anniversary Party)

Me playing Find Four with Polo. I won at the end. :D

Me; preparing for the Club Penguin Hunger Games in the Cove. May the odds be in your favour!

The one and only Trainman1405 liked my iggy! 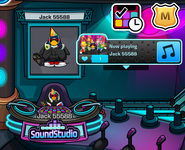 I'm bangin' some tunes on the brand new SoundStudio!

I'm pretending to be a pirate on the bridge on the Music Cruise!

LOL! I'm pretending to be Rose from Titanic! 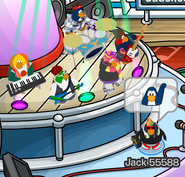 Cheering on Cadence and The Penguin Band while they are performing! 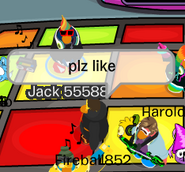 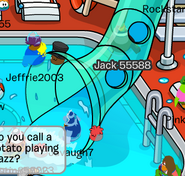 Ok fine, I'll slide down the slide like I'm supposed to! 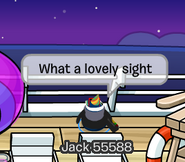 Looking at the new night sky is beautiful. :) 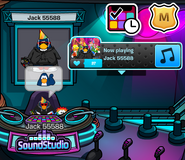 I gave myself a DJ name called D-Jack. And this is how well my new single, Epic Razor, is doing so far. Seems goodish at the moment! The best music I've produced on SoundStudio yet!

Relaxing by myself at sunset is nice and calm. I'm actually feeling a bit snoozy- *yawn* 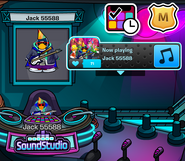 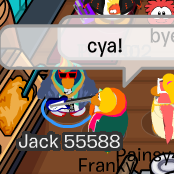 I met Franky on the server Slushy (here comes the fanboy stuff) on Saturday 19th July 2014, 12:14PM GMT at the room Ship's Buffet! 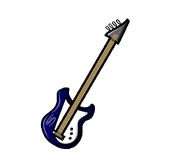 I also asked Franky to sign my guitar and he did!

I met Franky for the second time on the server Jack Frost (more fanboy stuff]] on Sunday 20th July 2014, 4:38PM GMT at the Dock!
Add a photo to this gallery
Retrieved from "https://clubpenguin.fandom.com/wiki/User:Jack_55588?oldid=1752640"
Community content is available under CC-BY-SA unless otherwise noted.