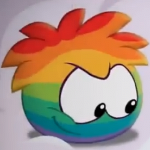 Hi, my name is Emma and I started playing Club Penguin on February 29th, 2012. I know a lot about Club Penguin and joined the Wiki to share my knowledge! My friends suggested I start playing Club Penguin, so I created my penguin and began to explore the island. Soon, though, we became sick of not being able to buy clothes, decorate Igloos, and access cool rooms with rare and exclusive items, so we bought 3 Month Membership Cards and expanded our knowledge by being able to access more.

My favorite games are Club Penguin: Elite Penguin Force: Herbert's Revenge, Ice Fishing, Dance Contest, and DJ3K. My favorite foods are Beef Sticks, Beef Jerky, Spaghetti, Snow Peas, and Pizza. My favorite season is Winter, and my favorite holiday is Christmas. I love to draw, play video games and play Club Penguin, and I was born on April 3rd.

Warning: Some people like to copy me, and so do my friends! Please always watch for my name. If someone is being a fraud, don't do anything to them, just ignore. If they are being rude or cursing, please report them. And remember, most frauds are rude or mean and try to make me look bad! Remember, I would never say anything rude, so if I say something rude or curse, there is a hacker about. Please do not copy me, and do not listen to frauds who make me look rude! ~ Winter958/Jelly Bubble

Hello, everyone! If you comment on a blog post, I will gladly reply! However, some of you will not receive replies if you do rude or mean things. To get a reply, comments must not:

Note: Mods will always receive replies unless not wanted.

Hey, everyone! I actually have an extra penguin that I use frequently, so be on the lookout for it! It's name is Cloverpoppop. I have 6,361 coins, items available from the Medieval Party 2012 up to now, and two puffles, a Red one named Fireball, and a Blue one named Bubble! I created this penguin shortly before the Medieval Party (when you could see the construction).

Retrieved from "https://clubpenguin.fandom.com/wiki/User:Jelly_Bubble?oldid=1115078"
Community content is available under CC-BY-SA unless otherwise noted.