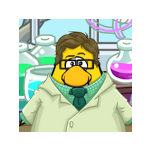 Jerramy50 is a Club Penguin Blogger who has his own blog, titled "Jerramy50's Club Penguin Blog", which he founded in October of 2015. Jerramy's brother, Marcusdg1 is also a blogger who has his own blog as well. He is a fairly active user on Club Penguin who usually attends most of the parties/events, and let's not forget, writes about them on his blog! He currently resides in Canada with his two cats. Check out his blog at: http://jerramy50clubpenguin.blogspot.ca/.

Retrieved from "https://clubpenguin.fandom.com/wiki/User:Jerramy50?oldid=1657232"
Community content is available under CC-BY-SA unless otherwise noted.