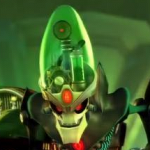 Hello, I'm Poxu3 and I love Club Penguin. I am an old player, and I joined Club Penguin during Halloween Party 2008. I have lots of Club Penguin toys (most of them are Mix n' Match figures). I have collected every single pin except the Gold Award Pin after my registration (except for Castle Pin, Toothbrush Pin, and the Gold Star Pin). I haven't missed any parties after my registration. I visit Club Penguin everyday, and I usually go to server Sleet. My penguin, Poxu3 has a lot of rare items. Also, I have spare accounts. These are:

Retrieved from "https://clubpenguin.fandom.com/wiki/User:LEGOSpinjitzu?oldid=1055077"
Community content is available under CC-BY-SA unless otherwise noted.