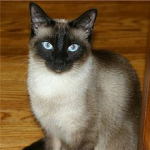 I discovered Club Penguin back in June 2009, when the Island Adventure Party 2009 was going on. I created a penguin but after a few days I quit Club Penguin. During July 2011, I decided to try it again. I created an orange penguin named Snakesite on July 12, 2011, at the time the Island Adventure Party 2011 was going to start and the Tiki Mask Pin was hidden at the Dock. At the time I wasn't sure what a pin was so I didn't collect it. Thus my first pin was the Gold Anchor Pin, released July 15, 2011. From then on I played Club Penguin vividly and it is now my favorite game. If you see me around friend me. Right now I am wearing the TIE Fighter Pilot Costume, Green Football Helmet, and the Staff and Shield.

How rare am I?

My oldest item, not including pins or backgrounds, is The Continental, which I wore during the Island Adventure Party 2011. If I had kept my penguin from 2009, I would have the 4th Anniversary Hat, but the only hats I have on my current penguin are the 6th Anniversary Hat and the 7th Anniversary Hat. My oldest pin is the Gold Anchor Pin released July 15, 2011.

YEAH! I met Aunt Arctic and something terrible happened when I met her. I couldn't get her background :(. I also met a beta tester :-o

Am I a Member?

Yes. I have a level 2 membership.

Retrieved from "https://clubpenguin.fandom.com/wiki/User:MagicalMan?oldid=1088571"
Community content is available under CC-BY-SA unless otherwise noted.