Since everyone on the wiki is making restaurants that are parodies of real restaurants, I've finally came up with the ultimate: Hack in the Bot (parody of Jack in the Box). It has the most futuristic technology ever! Seats that vibrate, food transporters, tablet-like menu pages which you choose what you would like to order, and a robot waitor scans that and sends your order by radio waves automatically, so real waitors don't get the orders mixed up. We also have the ultimate sandwich... The Hacker Burger. It has a super-secret recipe. And even if you DID discover the secrets of this super-sandwich, it contains material that will be discovered in the distant future. I found it since I'm a robot with a built-in time traveler. Yeah, it's pretty neat.

The logo for my awesome eatery (I'm alliterating again).

This is our main computer operator! :D 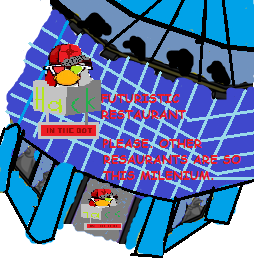 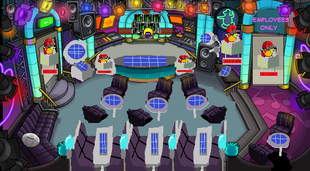 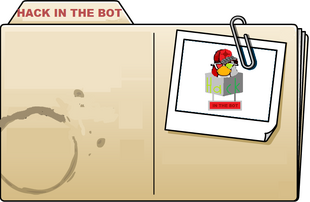 This file contains all the info on our restaurant! But it's hidden. >:-} 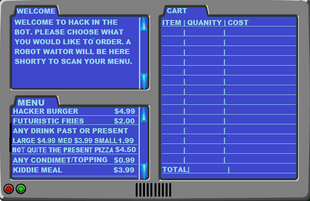 This is our futuristic menu board. it lets you order food electronically, then a robot waitor scans it, and sends the information to our employees, and then, the robot transports the food right to your table! 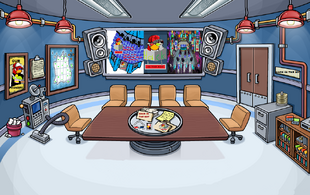 The HQ, hidden where NO ONE can find it!
Add a photo to this gallery

Retrieved from "https://clubpenguin.fandom.com/wiki/User:MarieBilly_Archimedes_Shears/Hack_in_the_Bot?oldid=1628668"
Community content is available under CC-BY-SA unless otherwise noted.