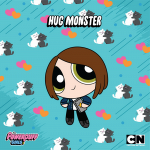 I began playing Club Penguin in April 2009, as Megan883, shortly after the end of the April Fools' Party. I was introduced to the game by one of my friends at the time. I got my membership the following month and it expired in February 2017. I adopted my first puffle, a pink puffle named Puffball, around the same time. I have one of each kind of puffle. I have participated in nearly every party that has happened since I joined. I have donated to Coins for Change every year around Christmas (the winter holiday I celebrate). I have always kept within the Club Penguin rules and I have never been banned.

See you on Club Penguin Island.

Retrieved from "https://clubpenguin.fandom.com/wiki/User:Megatron99?oldid=1769985"
Community content is available under CC-BY-SA unless otherwise noted.