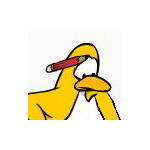 Hello there. I'm officially leaving the CP and Wiki because I'm bored. CP was fun for 5 years for me but I'm moving on with the rest of my life. Even though I didn't really contribute a lot in the wiki that much, I hope everybody and the admins have a great time editing this amazing wiki. The admins are very nice (even though I didn't talk to them that much) and everybody else. Bye :)

P.S I might return but I don't know yet. Also I might attend CP anniversary parties. -Pengry2

Pengry2 is my penguin, I started Around August 2009. I usually go on Abominable,Zipline,Blizzard and sometimes Sleet. I don't go on lately, but when an event/party is happening, I'm on. 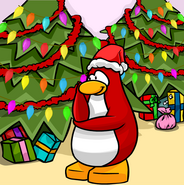 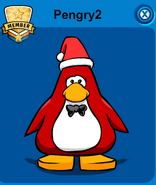 Penguin Drumming
Add a photo to this gallery

Retrieved from "https://clubpenguin.fandom.com/wiki/User:Pengry2?oldid=1754496"
Community content is available under CC-BY-SA unless otherwise noted.