HAHA! YOU HAVE JUST OPENED A PAGE WITH THE WORST BUG EVER!!!!

Hurry up! the program that will save your computer is at the buttom of the page! 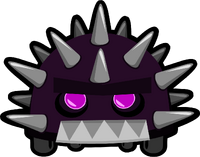 will destroy your computer in:

Sign here if you think it's a good gag!

i have seen this 10 times and it is boring.

8User:Gary3008 I almost shut down my computer when I saw this, nice job!

Nice try, but it's really cool! I wonder if there's any more pages like this... XD Private0201 and Kowalsi0906

bad gag everyone does those. lol

Aw Crap, I dunno how to make a prank, BTW Good One Penguin Pal, from Agent Unknown

I thought it was real for a second and then realized that it was a joke at the " hurry up" mark.

Retrieved from "https://clubpenguin.fandom.com/wiki/User:Penguin-Pal/14?oldid=1774157"
Community content is available under CC-BY-SA unless otherwise noted.