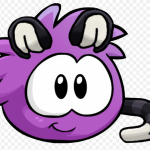 I live in the United States. In CP, I love to meet new friends and meet mascots. My number 1 goal in CP is to add every employee, and moderator to my friends list. I really love musical instruments. I play the flute and I am interested in playing the cello. I have a huge interest in Japanese culture and language. And of course, I love CP!

I also play Pokémon Alpha Sapphire and other 3DS Games. If you would like to add me, tell me your friend code on the chat or on my talk page. I highly prefer you tell me your friend code on chat because I reply in a fast kind of manner most of the time. :) I also play Super Smash Bros. for Wii U and Mario Kart 8, add my Nintendo Network ID: geome3!

I joined CP in August 2010 I think. My penguin name is Macguire4852. The first party that I ever attended on Club Penguin is the Mountain Expedition. I have attended the 5th and 7th and 8th Anniversary Parties. Don't ask me why I didn't join the 6th Anniversary Party. Anyways, I met everyone and the special guests that have appeared on the island. I think Disney is turning CP into a half awesome and half not so good game. I still like it though. I am friends with Spike Hike and some moderators/employees. I like Pokemon as well. That's why my avatar is a pikachu and my name is Pikachu Sensei. However, I will change my avatar to other pics like a puffle. I believe that Club Penguin is a kid-friendly place for children. I truly believe that CP should be the greatest computer game in the world. If you would like to add me, feel free! My penguin name is Macguire4852 I also have a penguin named Narutofarted that I borrow from my friend. He is a rare penguin who joined in 2008 and is a full Member.

Mascots and Special Guests I Met In Order

Gary during the Halloween Party 2010 on Server Ascent. I met him again during the Medieval Party 2012, with me being able to add him and get his new autograph.

Sensei during the Celebration of Water on Server Mammoth. I was able to meet him again and add him during the Chinese New Year of 2012.

Rockhopper during the Island Adventure Party 2011 on Server Avalanche. I met him again during Rockhopper's Quest, with me being able to add him and get one of his past autographs.

Rookie during the Underwater Expedition on Server Arctic

Cadence during the Fashion Show on Server Dry Ice

PH during the Puffle Party 2012 on Server Brumby.

Aunt Arctic during the Marvel Super Hero Takeover 2012 on Server Deep Freeze, I went to the Coffee Shop to check if Aunt Arctic was there during a meet-up time, but when I was about to enter, the stamp for her appeared. I was in the town before I went in. However, I met her again during the Hollywood Party and I was able to get her autograph and add her.

G Billy during the Make Your Mark: Ultimate Jam Construction (I cannot remember the server)

Stompin' Bob during the Make Your Mark: Ultimate Jam Construction on Server Mammoth with Franky.

Franky during the Make Your Mark: Ultimate Jam Construction on Server Mammoth with Stompin' Bob.

Rocky and CeCe during Make Your Mark: Ultimate Jam on Server Below Zero. I met them both at the same time.

Brady and McKenzie during Teen Beach Movie Summer Jam (I cannot remember the server). I met them together at the same time I think.

Kermit during the Muppets World Tour (I cannot remember the server)

Petey K during the Music Jam 2014 on Server Chinook.

Sasquatch during no specific party on Server Abominable.

I have lots of CP Empolyees/Mods in my friends list! Such as Spike Hike and Goodtea.

I have met all the mascots that appeared on CP!

I have met all of the special guests that waddled around CP!

I mastered all 3 elements!

I met with Cadence, who had almost nobody dancing with her (only a few penguins on brb) during the Fashion Show of 2012!

I met Lolz and Yarr!

Retrieved from "https://clubpenguin.fandom.com/wiki/User:Pikachu_Sensei?oldid=1818222"
Community content is available under CC-BY-SA unless otherwise noted.