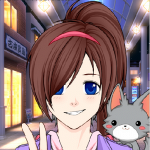 Note: I have quit this wiki as I don't have time in here plus CP has become rlly boring (wth are they doing with such lame parties??) bye...

"I had come to learn HTML coding and more and I have now learnt and thanks I'm in AJ and u could occasionally find me in AJ /this wiki and CP and a cpps which is secret..."

Hi there <insert name here>! I know it's you! Welcome to my EPIC userpage!

My penguin's name is Pinkbell 66. I came to know about CP from couple of my friends and some ads.I am made her in August 3,2011. (You may probably see a 2010 pin in stamp book...that was my cousin...who goofed it up by hacking XD) I say everytime, in my imaginary world that my penguin is 18 years old and is a teen for ever. My penguin's secret name is Agent PB (For classified guys only). I call my penguin sometimes Sydney or Pengi chan. I even play AJ so meh pengi (I mean animal or wolfiee name) is also Pinkbell66. I HATE bullies, plus even preps.

I am a girl who is a gaming Buff (as per wiki personality test) and I love playing games. I am a preppy but more like a Emo type girl. I can describe myself as a cool nerdy (Take it in a studious manner) girl. I even play Minecraft, animal jam, and CPPS (I Never hesitate to try a new CPPS). I mainly play on platforms such as Xbox 360, iPad and laptop. I have a YouTube account called MellowPop (SUBSCRIBE PLZZZ) I made it specifically for CP. Strange fact: I LOVE VAMPIRES!! And....I AM A HUGE FAN OF TOM CRUISE!!!

I actually joined on April 6 2015, and I knew this wikia from September 2014. I didn't edit as a anonymous user but I only read about articles. I am mostly found in chat and answering in forums and disscussions. I want to become a rollback in this wikia. I have a wiki Called Anti prep Rebillion Wikia owned with Dash

I joined club penguin A long time ago..so see these things. My penguin's name is Pinkbell 66, I have many test accounts on CP.

I like to do polls so here you go!

I have made some friends after I have joined here:

Note: These AREN'T in order..I have randomly put everyone's name..

Okay if you want to add your name, I don't have any problem! Just put it in the same format!

I have some pics which I think are memories so why don't you check it out!

This is Jess0426's current party banner and must be added to User, Talk, and Blog ONLY, to add: {{Jess0426'sCurrentPartyBanner}}.

WAIT! WHAT'S THIS?! I DIDN'T ADD THIS! YOU BETTER DON'T PRESS THIS BUTTON!!!

Warning!!! Do NOT press the red button!

I have achieved some awards in this wiki for editing and many other things.. 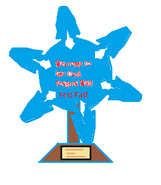 Gosh this award is win-able by almost anyone lol.

Oh yeah oh yeah!! Nothing great about this BTW.

Imma bad at acting though...

Imma better than a sensei..

I forgot what was this for...anyways this is also classified

Ahem..I forgot this too XD. 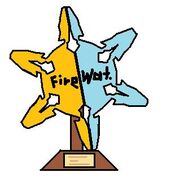 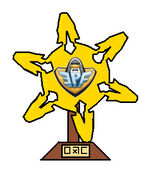 Almost everyone would have gotten this...
Add a photo to this gallery

SEE THIS VIDEO AT YOUR OWN RISK I AINT RESPONSIBLE XD By The Way IT ISNT THAT BAD ITS ACTUALLY AWESOME AND INTERESTING BUT YOU DONT WANNA CLICK THIS! http://www.youtube.com/watch?v=dQw4w9WgXcQSee

Retrieved from "https://clubpenguin.fandom.com/wiki/User:Pinkbell_CP?oldid=1698185"
Community content is available under CC-BY-SA unless otherwise noted.