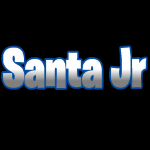 I registe.... ummm! I first found about Club Penguin on Miniclip.com, I registered an account to play Club Penguin since then, I do not remember what time was when i created my first account, but anyways I remember the date, it was a sunny day of August, I missed the Adventure Party 2009, but then I attented my first ever party, it was the Festival of Flight, about the Pins, I just missed one pin if i'm not wrong it was 2012, yes it was that year when I missed the Triple Scoop Pin!

I looked forward to the new year! At that year I was still a non-member, I became a member in the middle of 2012, I was bored and thought to myself why not play some other games, then I visited a German site called spielaffe.de, then I noticed that they are holding a contest-like for a 7 Day Club Penguin Membership, then I redeemed my code and I entered in the Membership site of Club Penguin and so i'm a member since 2012! What about an interesting story, about my membership! When I activated it, it said that I have 7 days left, then when that day came, I had my membership running on my account, then later I realised that Club Penguin made some kind of feature, that every penguin who has activated their membership, that penguins membership will not expire, first I thought that this was a bug, but when I emailed the Support Team about this, they said that the membership can't expire!

So this was my story of how I discovered Club Penguin! Hope you like it!

This part of my userpage, is about the pages i've created here on Wikia:

Retrieved from "https://clubpenguin.fandom.com/wiki/User:Santa_Jr2?oldid=1821228"
Community content is available under CC-BY-SA unless otherwise noted.